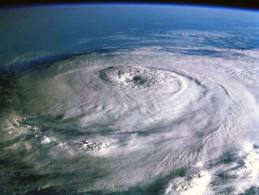 Saving lives might sound like a tall order for most people. It’s either something really vague like donating money to a worthy cause but you don’t directly help someone, or it’s a moment of heroism in the face of danger, but it doesn’t really come that often.

So saving a life is just not something you and I expect to have on our list of accomplishments. But one amazing 11-year old boy I just read about is well on his way to making a real difference and one day saving many, many lives.

Basically, he realized that sandbags don’t work all that well in keeping back floodwaters. They’re hard to move and don’t really seal all the cracks that the water can seep through. He was upset about how much devastation Hurricane Sandy and wished there was a better way to control flooding.

When he couldn’t find one – he invented one.

He suggested using polymer in the bags instead of sand. Polymer is a substance that is light but expands when water touches it. This makes it the perfect thing to put in a sandbag. According to some engineers it could revolutionize the preparation efforts of people in the path of a major storm and will make a huge impact.

That’s quite a list of accomplishments to have on your belt at 11 years old. If you have an idea that you believe in strongly but think it’s too far-fetched or too impractical don’t give up on it. Keep dreaming and working hard and you could be the next person I write about.