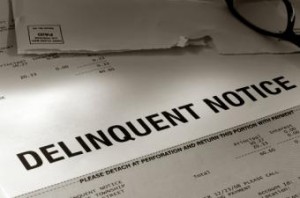 No one can deny that the housing market has changed drastically from what it was only a year ago, and that it’s continually throwing us curveballs. And while the biggest news goes to foreclosures and loan modifications, there’s a large segment out there that’s emerging – first-time defaulters.

Now, that’s a common enough creature, but it’s become extremely common during this recession. Which means, should the normal implications of such a thing, including a negative impact on a credit score, really apply to someone like this? If a person has a spotless record, but because of the hardships we’re all facing finds himself in a default, does this really reflect his risk/credit status?

If a lender decides that a first-time defaulter represents a long term risk, are they really making a smart decision? Does the bank really have more to gain by denying loans and low-interest rates to such people? I think in the current market there’s a strong argument to say that the normal principles need to be suspended.

And as such regulations and guidelines are being worked out, it’s those solid customers who are in the unfortunate position of suffering during this crisis who will find themselves becoming a victim, not once, but three times. Perhaps a new market segment will emerge: first-time defaulters who are still low-risk, high-profit customers for lenders willing to set their sights a little further down the road.

I mean, if the average homeowner is working on developing long term goals for past the recession, shouldn’t banks do so too? And how long will it take them to see that?