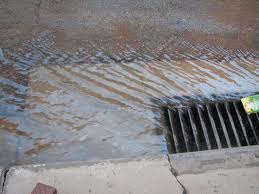 Every time I see big shots in Washington arguing with each other I get excited. No, I don’t get excited because I think they’ll eventually come to an agreement. What really gets me going is that I think “Finally, someone is going to see through the nonsense and realize these people have no idea what they’re doing.”

It’s a sad truth to learn, but everyone has got to learn it eventually. Just some of us choose to live in denial just a bit longer. So let’s take the latest, um, difference of opinions as an example and see what’s going on. So on the one hand, we have the Federal Reserve who are worried about what fiscal policy is best for the country vs. Congress who are worried about how the country can best help their fiscal policy. (Okay, I’ll admit to being pretty annoyed with both of them right from the start.) So what they’re trying to decide is if the country should fund the housing recovery or if the housing recovery should fund the country.

If you lost me so far let me give you two concrete examples, actual quotes from the two bodies:

– Fed: In order to fund initiatives to help the housing market, “losses must ultimately be allocated among homeowners, lenders, guarantors, investors and taxpayers.”

– Congress: Payroll tax cuts must be funded by increasing fees from the GSEs.

It’s unbelievable to me that neither of these groups can see that it’s all connected. You can’t tell where the housing market ends and economy begins. It’s a giant circle and you can’t make different parts run at the expense of the other.

Bottom line is – solutions to the housing crisis are going to come from within, despite Congress’ and the Fed’s good intentions.