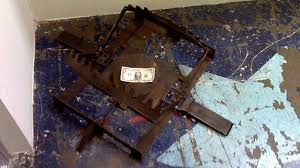 I feel so powerful these days. No, not because I’m incredibly awesome. (Did you catch my one-of-a-kind performance at the Awesomeness Fest?) But for a different kind of reason. I’m going to bail out yet another government agency. Yep, I must be pretty powerful to pull that off. Would you like to get in on this too? Actually, you probably don’t have a say in the matter so get ready to fork over the cash pretty soon.

Today’s lucky (or unlucky) government agency is . . . the FHA!! Not only have their cash reserves dropped below $2.6 billion (slightly below mine, btw) but there’s a good shot they’ll be asking for a bailout within the year. The fact that reserves are low is actually nothing new; it’s been below the 2% minimum for 3 years running. And you know what? I don’t even blame them for needing a bailout. It’s not like they control the housing market or home prices. (They may have helped cause the mess in the first place but let’s not get picky.)

What gets me is that the government is actually going to give them the cash. Toss money into a poorly run, losing proposition. If you don’t have the guts to step back and take a stand then you shouldn’t be in the game in the first place. If no one in Washington can just admit that there’s something fundamentally wrong with the system then I think they’ve got their heads in the sand.

I give the FHA full credit for doing their best to stay afloat. It’s really not their job to try and make a difference (I guess). But it is our representatives’ job. If I can see the problem and you can see the problem, then why can’t the people who are actually there to do something about it?

Hey, Washington, don’t make me come up there!