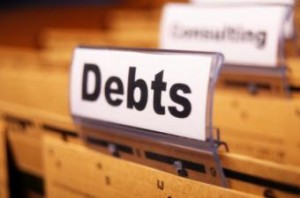 It’s pretty reasonable to assume that the reason people are afraid of heights is because they’re worried about falling off. I mean, there’s nothing bad about being on a cliff if you don’t fall. Makes sense right?

So here we are at another “cliff.” The fiscal cliff. It’s a pretty nerdy name but I’m sure you’ve heard it by now. It means if Congress can’t get together on some pretty major issues we’ll fall off this money-cliff and have some big tax increases and some big spending cuts. So the question I’m posing to you is: Are you afraid of the cliff?

a) People are scared of falling off this cliff and seeing the economy go all screwy for a while.

b) People aren’t really scared of this cliff because no one really think we’re going to fall off it. I mean, how could our “leaders” let that happen?

Do you think there’s maybe a third kind of guy? Someone who isn’t scared of going off the cliff, someone who thinks a big sudden shakeup of Congress and the money system is exactly what this country needs? I haven’t found anyone like that but I’m assuming that’s because the media only talks about the first two kinds of people.

So I’m wondering what you think about this. Is this fiscal cliff something to be worried about? Is it likely Congress is going to be too stubborn to get the job done? And if so, what does that mean for the future? Please leave a comment and speak your mind.