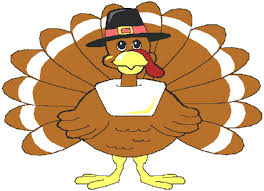 I want to take this week leading up to Thanksgiving to expand our awareness of this great holiday. We often forget the meaning of “Thanksgiving” because we’re caught up in a lot of the hype of the season. But there’s a lot to appreciate if you just take the time to think about it.

So I’m going to devote some time this week to broadening our awareness of this national heritage. Maybe we’ll all find things to be thankful for.

First of all, some fun facts about Thanksgiving.

Did you know that the Turkey was almost the national bird of the United States, if Benjamin Franklin had had his way. Luckily for us the majestic bald eagle won out. Imagine sitting down once a year to eat the symbol of your country!

Also, even though Abraham Lincoln had the idea for Thanksgiving way back in 1863, it wasn’t until 1941 that it became a national holiday. I can just picture it now – stores that refused to run a Thanksgiving sale were probably branded as un-American!

Finally, the average American eats 16-18 pounds of turkey per year. That’s about a whole turkey. And if you only eat turkey once a year well . . . I guess there won’t be anything to share with the family! So try and spread out your turkey eating throughout the year.

If you’re having trouble appreciating the holiday then take some time now before Thanksgiving to consider what you really need to be thankful for. You might come up with a longer list than you realize.