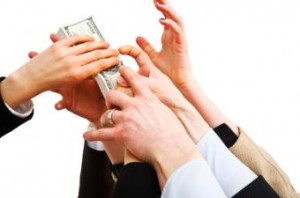 Many banks, most recently JPMorgan, have decided they don’t like the FHA meddling in the housing market. Those government backed mortgages are the “cause” of so many of the issues plaguing the economy and they’ve just decided they’re tired of it.

Nice of them to wake up now, right?

I mean, where was all this independence 6 years ago? Where was the “we don’t need you” attitude that might have averted a disaster?

I really think it’s got something to do with the $614 million settlement that JPMorgan shelled out to cover improper loans. And they’re not alone. So if the entire housing industry waits till now to get turned on its head, where does that leave us for the future?

Should banks be more independent? Should mortgages be riskier but more free? You can weigh in here because it’s really up in the air at this point.