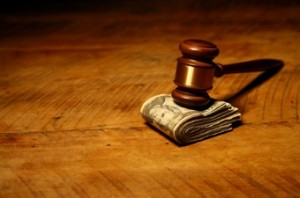 The FHFA has decided to get a lot tougher with mortgage servicers, starting with Fannie Mae and Freddie Mac. Among the newest hard-line approaches are new minimum financial requirements. This is going to mean some big changes but not quite big enough in my opinion.

Some of the areas of the GSE business that will be affected include minimums for:

Fannie and Freddie will no longer be allowed to do business with companies that don’t meet the new requirements. This is meant to protect the GSEs from risky ventures and make them more competitive, almost as much as if they were private corporations. Also, the government is hoping that somehow this will provide more transparency to the goings-on at the two giants.

I’m still doubtful though. I mean, the problem was never who Fannie and Freddie were doing business with. It was always a question of motivation – they had no reason to act careful and cautiously. They were constantly rewarded for taking risks and bringing in bigger returns. And that motivation has not been changed.

I think a more effective approach would not be to limit who they can do business with. Instead, reward the GSEs for any signs of stability and firmness they show. If they’re behaving responsibly, encourage them. That’s a step in the right direction.