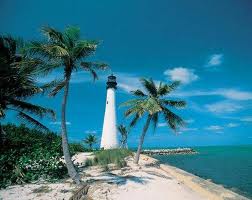 Good old Florida is turning out to be pretty scrappy after all. Since being one of the hardest hit areas of the country by the “downturn” they were projected to come in dead last when it comes to recovery. But it turns out that according to the lastest reports things are picking up faster than expected.

Eight of the top 10 cities at the top of the turnaround indexes are in Florida and this is credited almost entirely to investor interest. So it’s no surprise that distressed properties are playing a large role in home prices – they’re the reason we saw so much activity in the state in the first place. Nearly 1/3 of the entire supply of soon-to-be-available investment opportunities are in the Florida and that’s enough to keep you, me, and your friends and students busy for the next few years.

I really can’t stress this enough – opportunity is where you make it, but some times it’s like shooting ducks in a barrel. Short sales are becoming more and more the preferred option by the establishment, the process is becoming more streamlined, and profits are going to start rolling in.

Why wait until things get harder? Why have to earn less returns later? Why watch your friends master short sales now when the market is ripe and then jump on the bandwagon when it’s too late?

I think you need to decide seriously whether you’re getting in the game or sitting it out. Because it’s happening now, not just in Florida but around the country. Are you in?