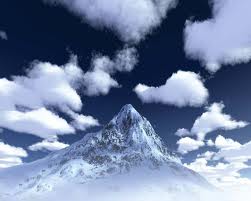 Delinquencies and foreclosures are still high, but are also on the decline. That’s message being put out by Lender Processing Services based on their figures at the end of December. Right now there are 6.87 million mortgages behind or in foreclosure. But that’s actually down from 6.92 million in November.

So we are seeing a decline in the numbers, but it could be for many reasons. The most obvious being the slowdown in delinquency and foreclosure processing that the banks are experiencing now. But any numbers that show that distressed properties are moving off the market should be taken as at least a positive sign.

Right now we’re looking at a rate of 8.83% of homes being in some stage of delinquency. Most of these are concentrated in the hardest hit states including Florida, Nevada, Mississippi, Georgia, and New Jersey. But they do show a spread across the nation which shouldn’t surprise anyone.

But the key to really walking away from these numbers with the right attitude is to remember what you can do about it. If you make it your mission to attack the housing market head-on, to view tough situations as opportunities, and to become the most involved short sale maker you can be, then no matter how dreary the numbers appear, it’ll just encourage you more and more.