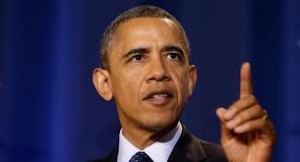 I’m gonna go out on a limb here and assume you didn’t watch the State of the Union address. Or even if you did watch it, you probably haven’t spent the entire day talking about it. And that’s fine, it’s really less exciting than basketball or racing or even knitting.

But unfortunately, in this world some things that you ignore can become really relevant. So if the President made some points it’s important you at least think about them.

(Disclaimer: I know it’s fun to get political here sometimes but this is serious stuff that could affect all of us really soon. So try to listen to what people comment and don’t be too hard on them. We all need to be there for each other.)

So here are some of the most extreme points Obama brought up:

– Gun violence: we’ve gotta get some guns off the streets.

– Minimum wage: it’s gotta keep up with the standard of living.

– Job creation: Washington needs to step up and make some more jobs

Those I think are the most explosive points. I don’t know how many of you out there support the President’s plan, but leave a quick comment to voice your opinion. It’s important that we get a dialogue going and help people see right from wrong.

So speak up now.