Home » 7 » Where is the Shadow Inventory Flood? 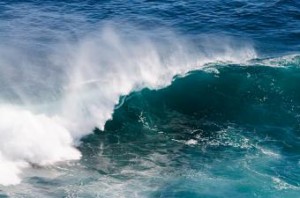 There may have been flooding in some parts of the world, but in the real estate market there’s been a noticeable absence of flooding. Shadow inventory flooding I mean. And if you think that’s just insane because “everyone” knows that there’s a ton of foreclosures just waiting to tank the market . . . well, you’re not completely wrong but you’re not completely right. Hang on, I think we should take a step back.

Basically, investors have been worrying/not worrying about what housing prices are going to look like as a whole flood of foreclosed homes hit the market over the coming years. So in the one corner you’ve got people worried that the homes they have are going to keep losing value. In the other corner you’ve got people holding out for a real steal because they’re sure the house they have their eyes on is going to drop to bargain prices.

But what people are failing to realize, according to a recent study, is that the floods are going to be very localized. Some cities are going to keep getting pounded by waves of foreclosure inventories throughout the foreseeable future. These cities are found in some key states such as Connecticut, South Carolina, New York, etc. But cities that have been through most of their inventories (some with less than 5 months of houses left) are in California, Maryland, Texas, etc.

So essentially, if you’re holding out for a real bargain you might need to make sure that the shadow inventory is what you think it is. And if you’re looking to sell, well, you might have luck but you need to pick just the right time. Keep watching the reports and local listings to see what directions things are headed in.